TRIBUTE TO A HERO 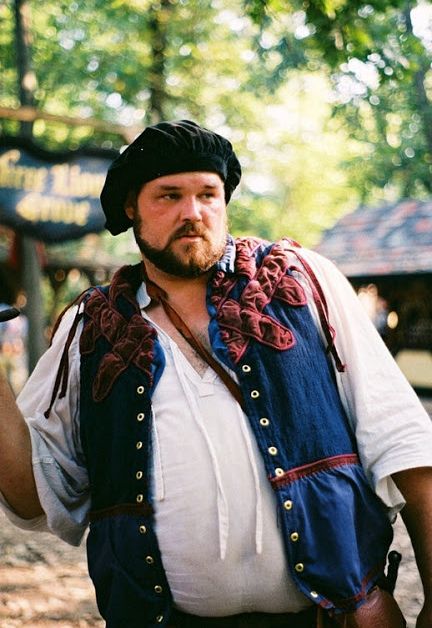 Poem for a Gentle Giant

Morning arrived with amber glow
Yet no warmth did it bring
Dark words drifting over the air
Dampen joyful notes the birds sing.
Soul is hoping, wishing, praying
Heart is screaming it cannot be
Mind is sorrowfully sighing, crying
Knowing within myself, it was he.
Becoming the Crow to spread the news
Fighting to show a smiling face to the world
Hearing the drumbeats and voice fading
The sound of enormous wings being unfurled
Imagining things taken for granted
Gone on one fateful day in December
Brave courage of his sacrifice
Will now and always be remembered

Finding solace in others who knew him
Drawing friends together who were apart
Stories shared by his chosen family
Bring smiles and laughter to help heal the heart
Gentle giant who marched into my life
Big Bear whose arms lifted and held me tight
May we meet again in our lives to come
And drink Crown and Guinness through the night.
You will always be missed, you big plaid teddy bear...
Kara Metzger 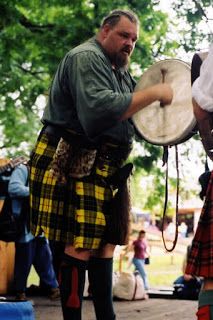 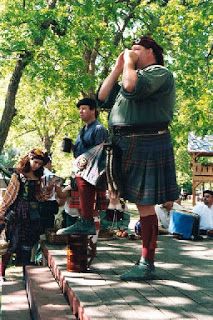 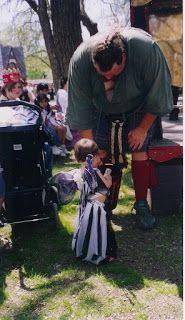 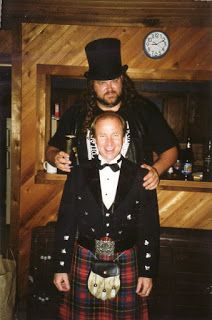 Mayhem was our great friend beginning when The Rogues started appearing at Scarborough Renaissance Festival in Texas in the mid-90s. He was a giant of a man in stature and spirit, and created a huge hole in our lives when we heard of his premature death in 2004.

On tour with the band Damageplan as head of security when they were performing at the Alarosa Villa in Columbus, OH, he sacrificed himself to save others when a crazed gunman opened fire on the band and others. Jeff ran towards danger instead of away from it, struggled with the shooter, and took two bullets to the chest. I remember getting a phone call from a friend in Dallas about 3:00 in the morning telling me that she was worried Jeff had been shot and killed on tour in Ohio. Of course I didn’t want to believe it and was devastated to find out the next day that it was true. Everything seemed to change after Jeff was gone and was never the same again.

Mayhem had a huge presence, but lived small. Not a man of means, but always willing to share and to offer help to others. His was the most difficult funeral to get through I’ve ever attended. Mayhem’s death left a huge hole in our lives, but at the same time he left us an example to live by. We have many happy memories of Mayhem to remember him by and will always be thankful to have known him… a hero and a great friend. 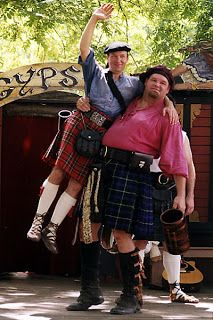 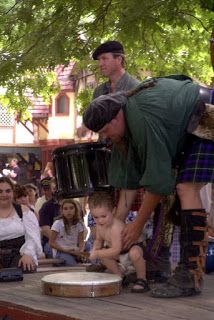 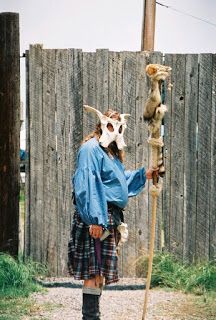 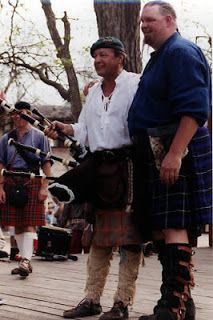